The dark grey basaltic rock, which is the most abundant rock on Earth and forms the bedrock of almost all the oceans, is intergalactic. Its deposits are found on the Moon, Venus, Mars and even on several known asteroids. The crust of many planets is made up almost entirely of basalt. Olympus Mons, the highest volcano in the solar system, is a 25 km high and 600 km in diameter lump of basalt. If you look at Mars through the telescope you may see it.

The Latin name for basalt means a very hard stone. The hardness of this natural stone compares to that of granite and can even surpass it. Basalt is a young rock, as there is no crust beneath the Earth's oceans that is more 200 million years old. It is still forming in many places under water. Romans built houses, temples, stadiums and paved streets with basalt. Today this excellent quality intergalactic stone can enter your home as a worktop, window sill or fireplace surround.

Being as hard as granite, basalt is a good construction material. It is also a great thermal insulator - its thermal insulation parametres can be several times higher than those of other stones and construction materials. Basalt is environment-friendly, non-toxic, non-explosive, non-flammable. Its surface is slip-resistant. This excellent quality construction and decorative stone is used to pave streets, terraces and floors, fabricate worktops, wall panels, fireplace surrounds, countertops.

Apart from being intergalactic and making up the highest mountain on Mars, basalt is also famous on our planet as a great material from which some mysterious ancient world monuments were carved. Everyone will recognize the giant heads of Moai sculptures sticking out of the ground on the Easter Island. Most of them are carved from basalt. The Rosetta Stone, used to interpret Egyptian hieroglyphs, is also a piece of basalt.

How basalt is formed

Vast layers of basalt lie beneath the Earth's oceans. It forms where the Earth's crust breaks and the volcanic magma that flows out of the scer cools quickly. Such rocks are called effusive. Most basalt is formed at the boundaries of separating tectonic plates, because these are the thinnest places where the convective currents circulating in the earth's interior bring hot liquid rocks from the lower mantle. As soon as the gap opens between the plates, magma rushes up and spills on the ocean floor, acting like the blood of the Earth. A gaping wound bleeds until the cooling basalt forms the clot. Such clotted wounds on the ocean floor extend for thousands of kilometres, thus adding to the new sea bottom formation.

Basalt on continents can only be found where the earth's forces push the seabed inland, or where lava spills out as continental plates break apart. The latter process is much less common on continents than in the oceans. Generally, most of the ocean floor is basaltic and most of the continents are granitic. Basalt, which is heavier than granite, tends to sink because of its high density. In other words, basaltic crust is heavy and granitic crust is light. As a result, the granitic continents float on the basalt like lumps of hardened foam.

Because basaltic magma solidifies quickly, be it in the water or on the surface, the minerals in it do not have time to grow. If they had, they would form a coarse-grained rock like granite. The fast cooling helps to create almost invisible, fine-grained structure of the rock. Some basalts are glassy, many are fine-grained and compact, but most are spongy. The small cavities resulting from lava vapour are often filled with secondary minerals such as calcite, chlorite and zeolites.

The colour of basalt depends on local geology. Generally basalt is rich in iron and magnesium. The high content of magnesium oxide and calcium oxide and very low content of the lighter silicate minerals cause basalt to be black. Sometimes iron ore compounds cause basalt slabs to show a slight brown or orange colour. Although basalt is usually grey to black, its colour can change to brown or reddish due to oxidation of its iron-rich minerals into rust. The hardness of basalt is 7 on the Mohs scale.

Where basalt is formed

Basalt makes up most of our planet's surface, but it is scarce on continents. Generally it lies under the oceans and forms where the earth's crust is thin. The ocean floor is almost entirely made up of basalt. The heat insulation value of basalt is three times higher than asbestos and without any toxic hazards. Basalts are composed primarily of magnesium oxide (MgO) and calcium oxide (CaO). They are very low in silicon (SiO2), usually less than 50 percent. They also contain some iron oxide (FeO) and aluminum oxide (Al2O3).

How to split basalt

Basalt is usually mined in quarries on the surface of the ground. Large square blocks of basalt are usually separated from the bed by drilling into it long lines of parallel deep holes. Special machines with powerful drills are used for this. Once the holes have been drilled, wedges are hammered into the openings and the block is separated by widening them. Later basalt blocks are cut into slabs and transported to the fabricators workshops. The basalt chips are quarried by crushing the quarry slopes with crushing machines. Basalt blocks can also be split as this:

basalt is used for

How to clean basalt

Sealing basalt is recommended for stain resistance and for maintenance purposes. Basalt is porous, therefore moisture, dirt and glue can easily soak into unsealed basalt slabs in a quarry or fabrication workshop. This can cause minerals and salts to leach out of the product later as well as cause the stone to turn pale blue or cloudy. In this case, there is no chemical means or any particular cleaner that could remove stains from the stone. Sometimes the surface of basalt tiles can be stained with mortar, which makes the surface blotchy and uneven. While chemical cleaners can remove the grout from the surface, they are unlikely to work if the grout has soaked into the open pores. No efforts of scrubbing will make any difference. Any additional sealing will only highlight the marks left by the adhesives and mortars.

basalt examples in interior and exterior 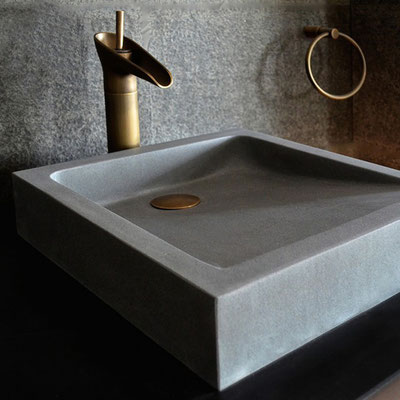 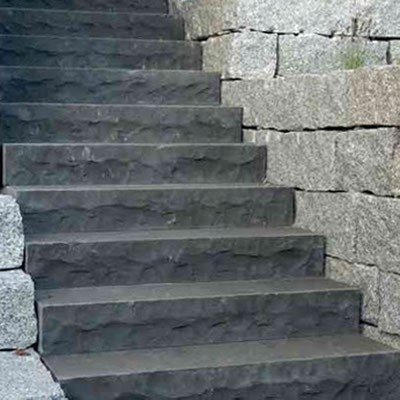 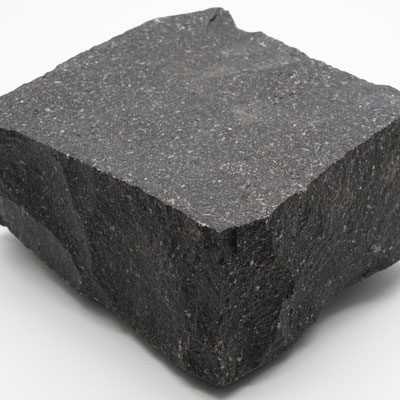 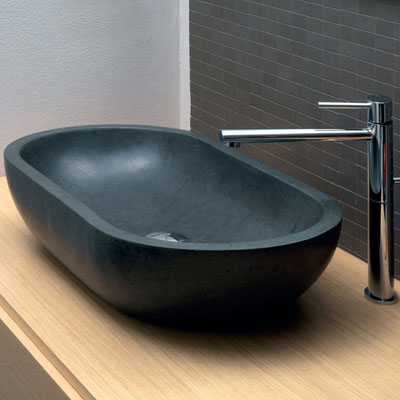 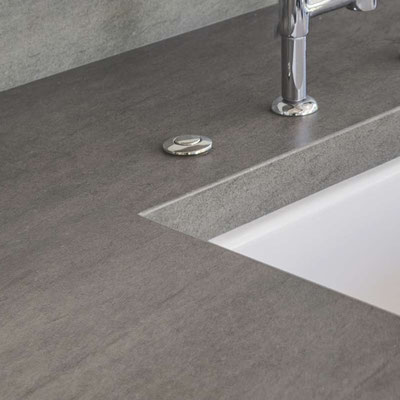 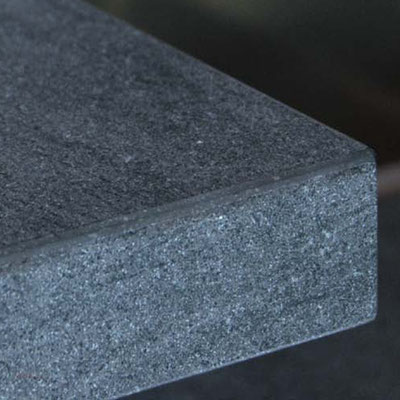 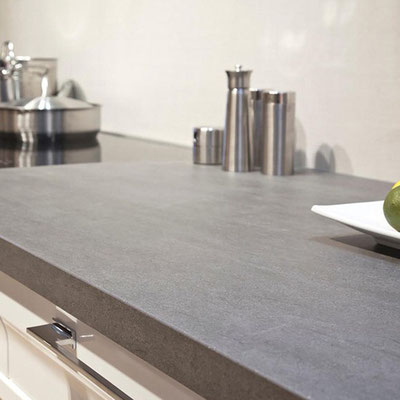 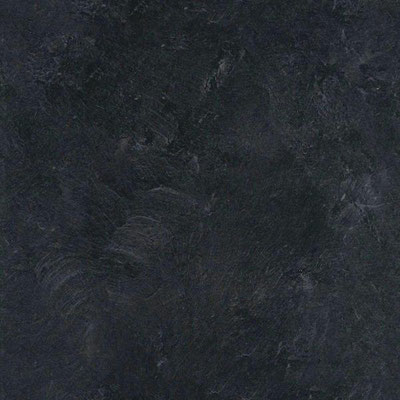 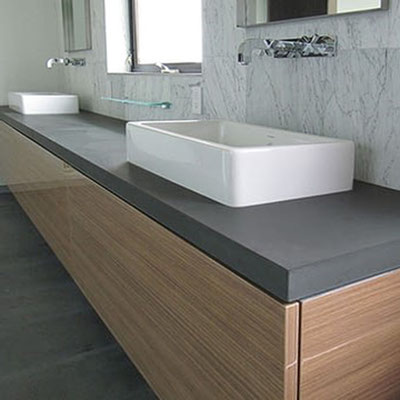 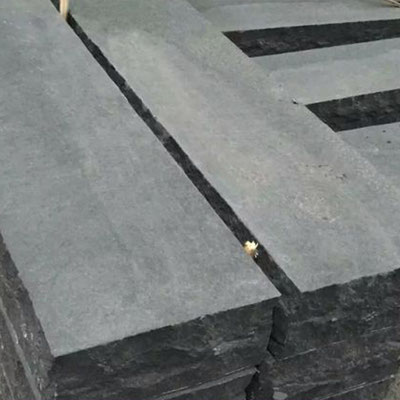 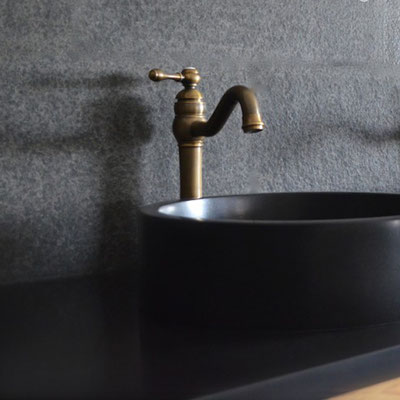