Would you like to teleport to sandy dunes while sipping morning coffee in your kitchen? Then you'll love a sandstone wall or sandstone worktop. Sandstone slabs in the shades of yellow, orange, grey or red are like large sand dune paintings. If you have grown up in the North, they might remind you of the seashore, pines and amber. If you come from the South, you might feel the smell of desert winds.

As you have already guessed, sandstone is made up of tiny grains of sand. Before turning into sandstone, those grains have travelled along the rivers and danced in the desert with the wind. When the nature's forces let them be, those tiny grains lay down still in crevices and river bottoms. With time, more sand grains lay over them and pressed them, while minerals cemented them together. A years passed, such sand piles turned into solid rocks. The spectacular arches, pillars and other rock formations in the deserts are pure sandstone.

Sandstone is easy to work, which makes it convenient as building and paving material. Sandstone is also slip-resistant. However, outdoors sandstone can darken and discolour from moisture. This beautiful natural stone was used to build temples in Ancient Egypt. Large sandstone quarries from the times of pharaohs can still be visited in Aswan today. The world's most famous sandstone masterpiece is the ancient city of Petra in Jordan.

Sandstone hardness is between 5.5 and 7 on the Mohs scale. It can be softer or harder, depending on the clast and cement composition. The more calcium carbonate sandstone contains, the harder and more resistant to weathering it is. Similarly, the lower the porosity of the sandstone slab, the more resistant it is. Pure quartz sandstone with the quartz content of over 90% is very hard and resistant, its physical properties can be compared to those of granite. Countertops and stairs made of such sandstone will be strong, durable and resistant to frost. Sealing sandstone is highly recommended as stain removing can be difficult due to its porosity later.

How sandstone is formed

Sandstone is a sedimentary rock composed of densely cemented sand grains, rock fragments, minerals and organic material. When the sand has been laid down and buried in the lakes, rivers or deserts, tiny minerals get trapped between the particles and glue them together. The cements that bind the grains together are calcite, clay and silica. To turn the sand into a stone, pressure is also needed. Once the sand grains stop rolling, more layers start to accumulate on top of them. As the lower layers are compressed by the layers above them, the minerals between the grains gradually begin to cement them.

Sand grains become mechanically compacted at depths of less than 1000 m. Deeper down, they become compacted chemically. Chemical compaction takes place at the points of contact between the grains as they are under the greatest pressure. The stressed mineral is more soluble than the rest of the grain, causing the contact points to dissolve and fuse. The strongest cementation of sandstone occurs at depths of 2 000 to 5 000 metres.

Sandstone colour is usually yellow, red, brown or grey to white reflecting the variation in mineral content and cement. The grey and white sandstone grains are quartz, the black ones are particles of coal and shale and the brown ones are mottled clay minerals. Some sand particles are organic in origin, such as crumbs of shells crushed by waves. Impurities give the sandstone its different shades and patterns. Slabs of this stone can have grey, yellowish, orange, brown and even black tones. In some deserts, iron oxide is abundant, which dyes the sandstone red, and if manganese is present, the sandstone turns purple.

The sandstone that forms in the depths is washed away by river currents and stripped naked by desert winds. It is usually opaque, with a rough surface. The main constituents of sandstone are the minerals quartz and feldspar, the proportions of which determine its hardness and resistance to weathering. If sand particles are deposited close to the original weathering rock, the composition of the sandstone is similar to that rock. The greater the distance between the source rock and the sand accumulation deposit, the more the composition changes.

There are 3 types of sandstone:

Where sandstone is found

Sandstone is found all over the world. It is a most common type of sedimentary rock. The sand that forms sandstone is carried by river currents, waves and wind. Intercontinental basins and ditches on the margins of continents are common places for sand deposition. Deserts are rich in sandstone. Red sandstones are found in the USA, England, Wales, Central Europe and Mongolia. In Egypt, there are huge sandstone quarries left from the time of the pharaohs. Certain sandstone colours have been strongly identified with certain regions.

How sandstone is quarried

Sandstone is quarried using conventional drilling methods and explosives. Large sandstone chunks are separated from the deposit by drilling parallel vertical and horizontal channels into the formation using special machines. Wedges are driven into them to separate the block. After blasting, the sandstone blocks are lifted by a front-end loader, placed on trucks and transported to the warehouses. Large blocks are cut with diamond chainsaws several metres long or diamond wires. Water jet is also used for cutting.

sandstone is used for

How to clean sandstone

Sandstone is a highly porous stone. If not sealed, it may quickly absorb liquids and discolour. Sandstone worktops and other surfaces can be cleaned with warm, soapy water and dried well. While cleaning it is important to watch if the water soaks into the sandstone or stays on top. If it soaks in, it is time to seal the stone again.

Household cleaners should not be used on sandstone, unless they are designed for cleaning natural stone. Acidic cleaners corrode the stone, which can permanently change the worktop colour. Water should not be left on the sandstone surface as it will gradually absorb it. Most liquids can stain sandstone, but wine, fruit juices and coffee are particularly harmful.

If you can't get the stains off the sandstone worktop with soapy water, you can make a baking soda paste to clean it. Mix 2 tablespoons of sodium bicarbonate and a few drops of water in a small bowl and apply the paste to the stain. After a few minutes, wipe it off with a soft brush.

Outdoor terraces, stairs and facades from sandstone can be cleaned from lichens and algae using bleach. For this purpose, mix equal parts of bleach and water and apply the solution on the stone. Leave it there for 30 minutes and then rinse with a hose and brush. Do not use a high-pressure water stream as you may damage the stone.

sandstone examples in interior and exterior 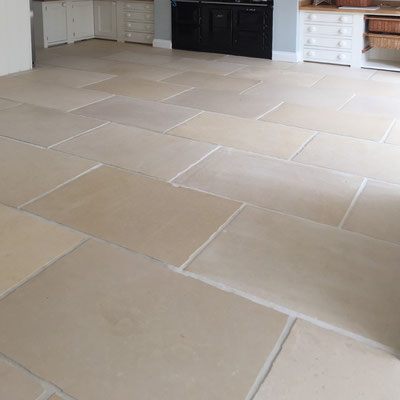 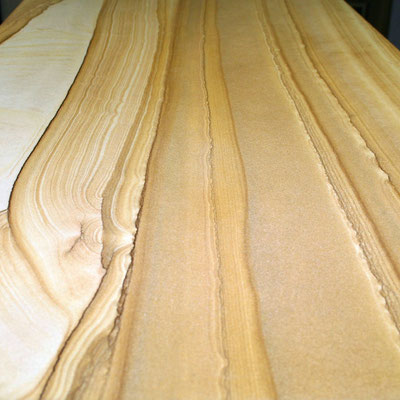 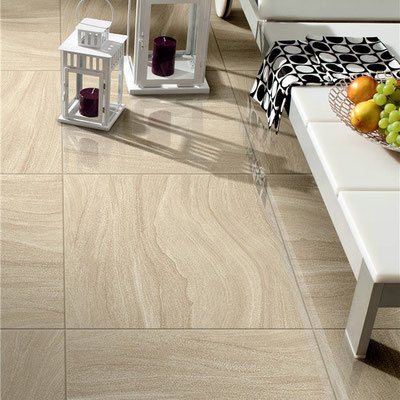 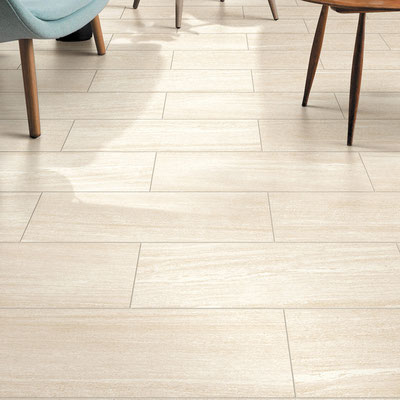 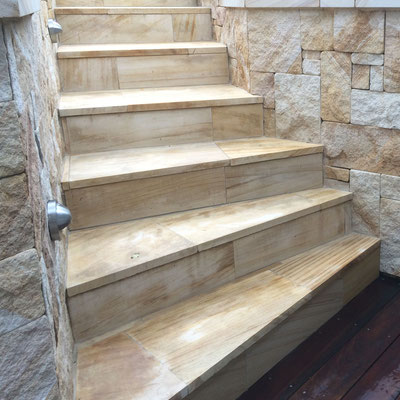 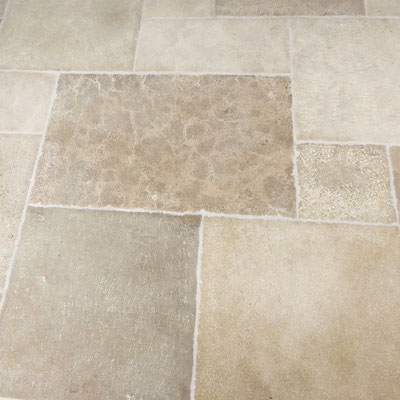 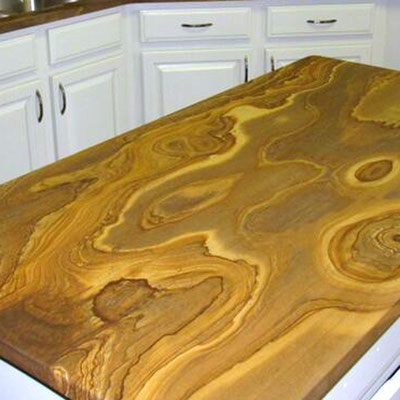 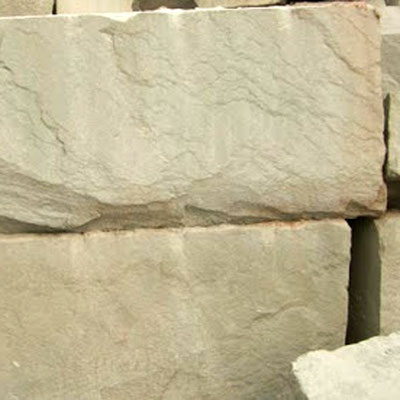